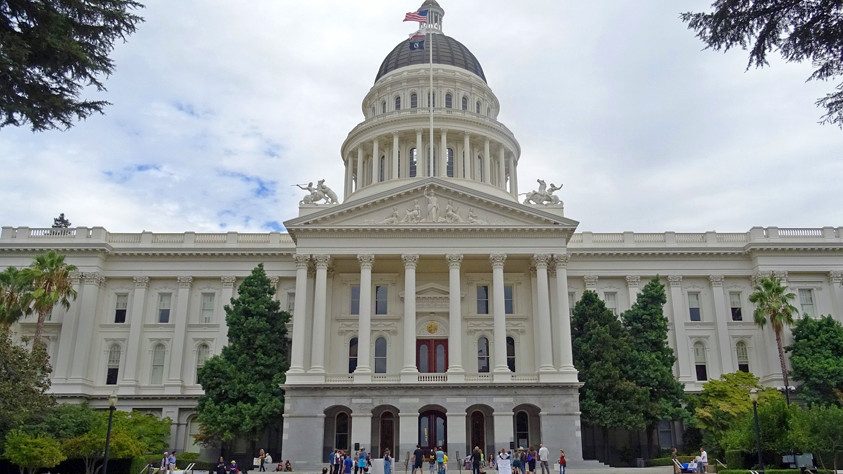 Liam Dillon covers California state housing policy for the LA Times.  He also hosts a fantastic podcast called “Gimme Shelter”, in which he and co-host Matt Levin dive deep into issues pertaining to the California housing shortage.  We highly recommend you follow along with both if these sorts of things pique your interest.  He does an excellent job of reporting on housing issues in a fair and balanced way.

We met Liam last year at a San Mateo County Association of Realtors luncheon in Sacramento, where he was giving a talk on a state bill that was working its way through the capitol at the time.  A few weeks later he was kind enough to speak at one of our weekly Realtor networking meetings.  This was during the summer of 2018, a few months before the election that saw Prop 10 defeated by a 60-40 margin.  If you recall, Prop 10 was the measure that would have repealed the Costa Hawkins act, effectively giving local governments free reign to pass any kind of rent control measure they pleased.  So as you could imagine, that steered much of our conversation with Liam at the time.

Though Prop 10 was defeated soundly last year, the battle for rent control, and other forms of restrictive housing policy, is far from over.  We invited Liam back earlier this month to give our group another update on what’s going on at the state capitol.  Here’s a brief summary of what we discussed:

After Governor Newsom promised sweeping housing reform at the beginning of this year, nearly every piece of proposed housing legislation failed to get enough Assembly votes by the May deadline, including a bill that would have allowed higher density housing along transit lines.  One bill has survived though – Assembly Bill 1482, which would place a cap on rent increases at 7% plus the rate of inflation.  But even this bill had to be significantly altered in order to get it through the assembly.  Originally proposed to be effective for 10 years, it’s current form would only span 3 years if passed.  To complicate matters further, since initially passing through the assembly floor with a yes vote in May, AB 1482 has been amended to include a just-cause eviction mandate, the language of which was taken from one of the bills that failed to clear the floor earlier this year.  This casts serious doubt as to whether it will progress any further through the senate.

Should AB 1482 fail, there are lawmakers ready to revive the rent control battle in a much bigger way.  The sponsor of last year’s failed Prop 10 was recently cleared to begin collecting signatures on a similar measure for the 2020 ballot.  You can learn more about that here.  The thought however, is that if AB 1482 passes, this ballot measure will be shelved, as rent control advocates will presumably be placated for the time being.  That is a big if though, as California lawmakers have struggled mightily to come to an agreement of any sort of housing policy up to this point.

**A very big thank you to Liam Dillon for taking the time to join our meeting to help educate us on the latest at the state capitol!