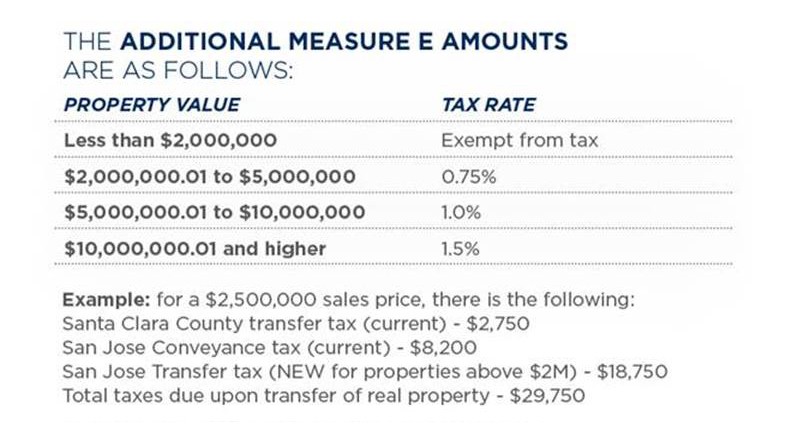 Starting July 1st, San Jose will have an additional transfer tax imposed on properties over $2 million.  This was passed as Measure E in the March primary elections, and was backed heavily by San Jose mayor Sam Liccardo and affordable housing lobbyists.

The city estimates that the new tax will generate $73 million annually, and at least $22 million during a recession year.  They have pledged to use the money for affordably housing projects and homeless services.

A main point of controversy around this measure is that unlike a bond, money raised by a general tax like Measure E will flow directly into a general fund, which means city leaders cannot legally restrict the use of the funds.  This has led to concerns that the money will be siphoned off to fund something other than they housing causes they pledged it towards.  The city did, however, pass a nonbinding spending plan to help ease the minds of skeptics.

You can see how the tax will be applied, and how it stacks with other taxes in the table below: 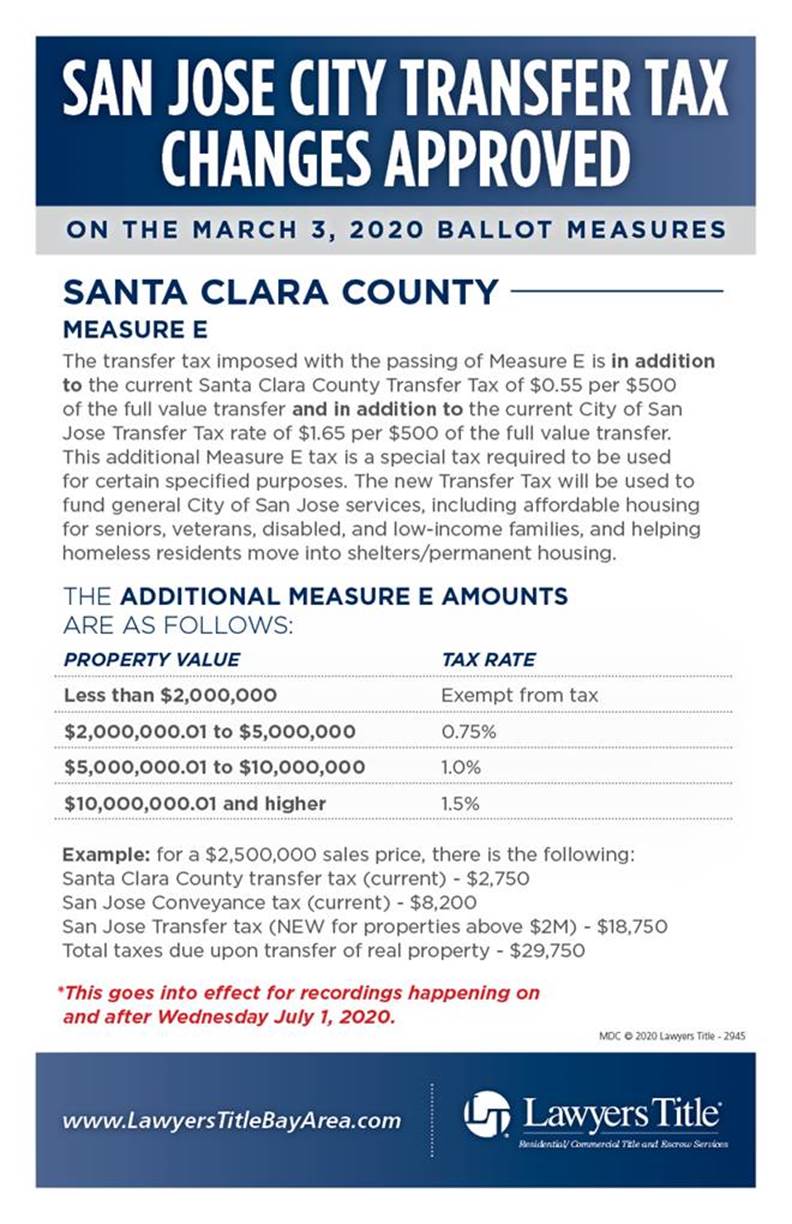